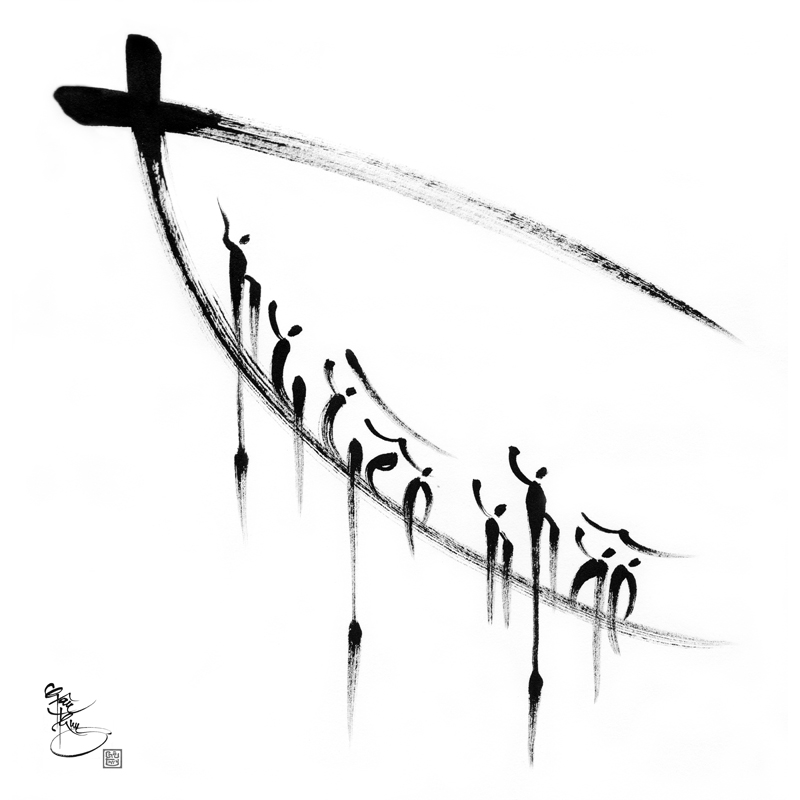 During their sea ordeal, Boat People have sacrificed almost everything. But they did NOT lose their humanity and dignity as symbolized by the orderly orders among chaos in moments of desperation as they waited to be rescued from a sinking boat.
Their faiths have been tested as they faced with mortality. Their saviors, Gods were their only hopes for survival. While some called out their Gods for help, others prayed silently for miracle. Their courage was honorably displayed here in this Impressionistic Calligraphy. Boat people would rather die standing up for their ideologies than live kneeling down.

Although pain could be felt through their tears, their screams could be silent in the midst of the open sea. We, the survivors, are obligated to let the world hear those sound of silent. Boat People are the living examples of a transition between land and sea, confinement and freedom, sorrow and happiness, life and death.

Elements:
Two lines crossing over: transition between confinement and freedom, land and sea, sorrow and happiness, life and death.
Sinking boat: People from young to old, from man to woman, reaching out for help.
Tear drops: thousands of tear shed.