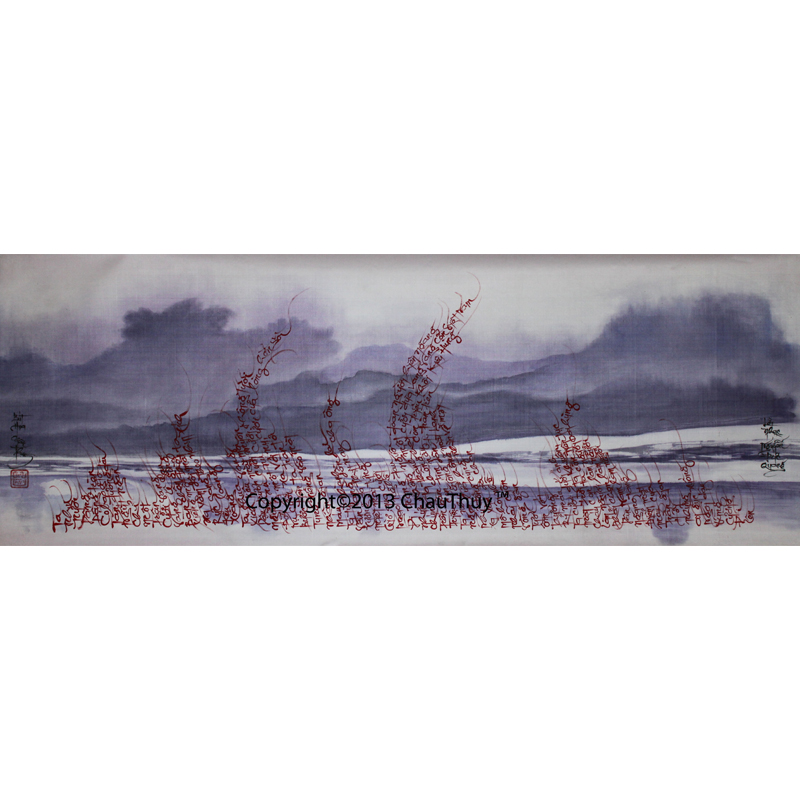 Flame of Hope is an integration of the lyric and music of the song “Viet Nam Que Huong Ngao Nghe” Wrote by Nguyen Du Quang into an Impressionistic Calligraphy painting. The ideas and the power expressed in the lyrics inspire the calligraphy painter Chau Thuy to create the brush pen painting. Every stroke of the brush pen with red paint creates in the mind of the viewer an ocean of fire which express the heroic power arising from four corners of the dark violet horizon of a tragic sunset. Millions of heroic hearts united in force to challenge all hardship and danger. Huge group of proud young men and women in unity translated into army of pen strokes of flames and of powerful fire. Masses of fire rolling as titanic wares ready to destroy evil forces and to envision a majestic future.

The artistic painting reflects a strong belief in life. It symbolizes the composer’s living force with strong belief in the rising up of mankind, the belief that no chain nor prison, visible nor invisible could restrain the spring of life.