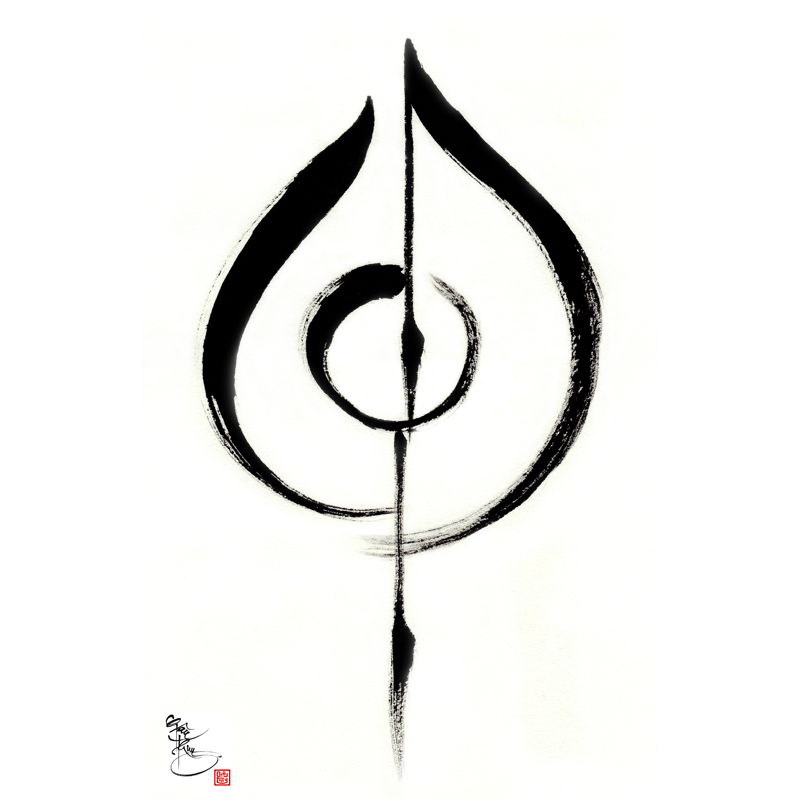 For many people God is often thought as a creator of the universe. There were innumerable concepts of God since the dawn of time. Although concepts of God vary from religion to religion, from region to region and from people to people, many would agree that attributes to God remain unchanged. God has been described as being benevolent, omnipotent, omnipresent, omniscient, and divine.

The universal sign of worshiping God has been widely displayed as the prayer’s hands. Praying to God is the act in which a prayer attempts to communicate with the Divine requesting for guidance or forgiveness.

As skillfully demonstrated in this calligraphy, God transcends the physical existence and the universe. Hence, God cannot be seen. Yet God can be experienced in the form of miracles or revelation, a manifestation of the divine will.

Orbit: Galaxy or Universe
Prayer hands: an universal sign of praying
Eye shape: Vision or experience as in the metaphor: “Eyes are windows of mind or soul”