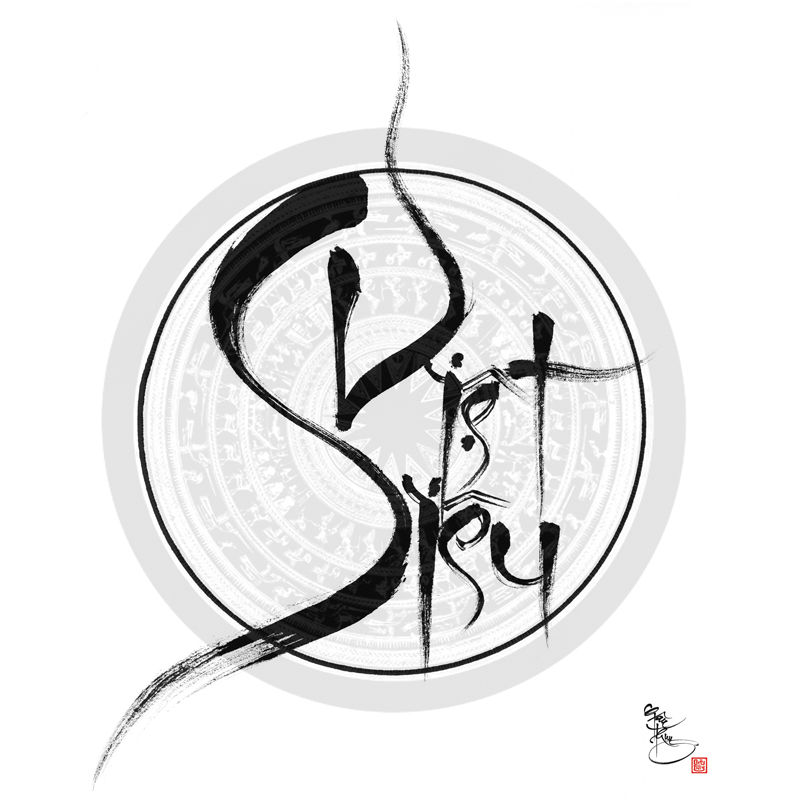 The Magnificent, The Monumental pride of “Viet” capture the true sentiment in this calligraphy. According the Vietnamese mythology, the Vietnamese civilization was created by the union of the Dragon King, Lac Long Quan and the immortal fairy, Au Co from whom 100 children were born. The eldest son, King Hung Vuong, was the Vietnam’s first monarch, a strong and intelligent leader.

Vietnamese people are very proud of their heritage and firmly believe that they descended from the Dragons’ and the Fairies’ lineage.