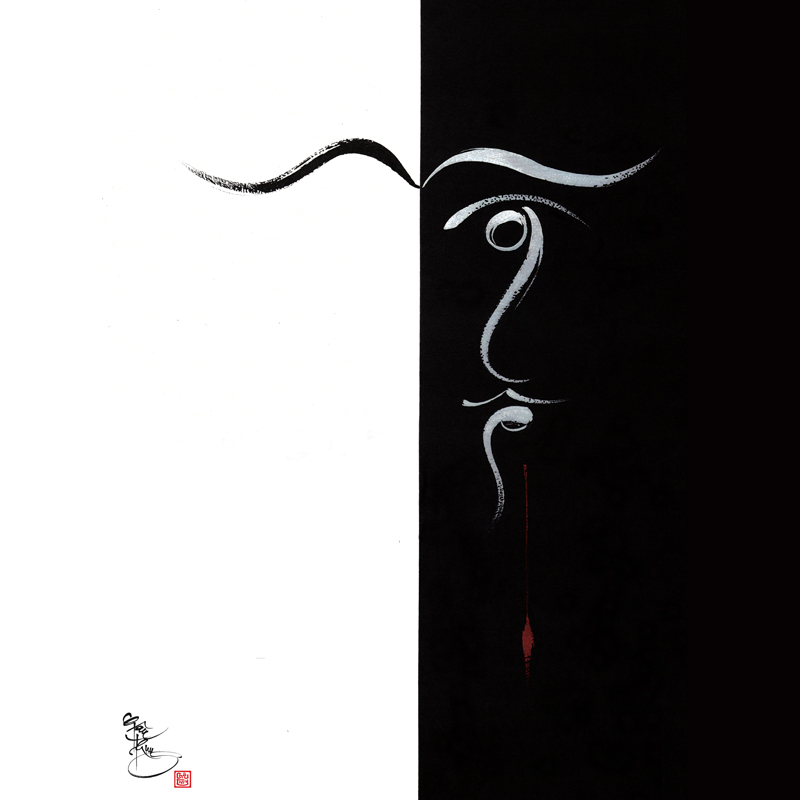 Centuries ago, the term “slavery” was used as the bondage of humans for forced labor purposes.
Now in the 21st Century, modern day slavery continues in many forms across the globe. The term is used with various meanings amongst advocacy groups, such as debt bondage, chattel slavery, forced labor, sexual slavery and human trafficking. In many cases, slavery may include forced prostitution, illicit international adoption, recruitment as beggars, etc.
Although these exploitations are often not labeled as “slavery”, it is certainly present worldwide.

Through Impressionistic Calligraphy, the artwork’s intent is to incite action and give voice to the victims who are forced to live as slaves. The objective is to hear the desire for a fair world and to bring to attention that the unacceptable moral suffering should end. That is the impression the artist would like to leave with you in his calligraphy.
There may be sacrificed circumstances for victims who want to escape from slavery. This is represented by the character “n” in the sharp of the wings of the victims who want to fly free, but can’t because of the circumstances holding them back. Going from the color black to white, this symbolizes the escape to the free world that the victims dream of, hoping for a bright future where there is dignity and justice.